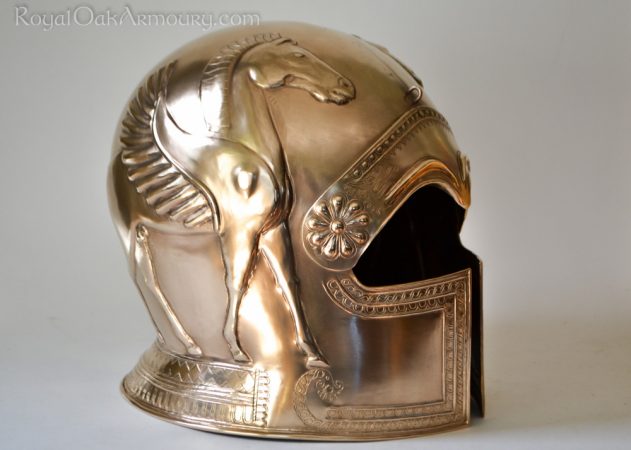 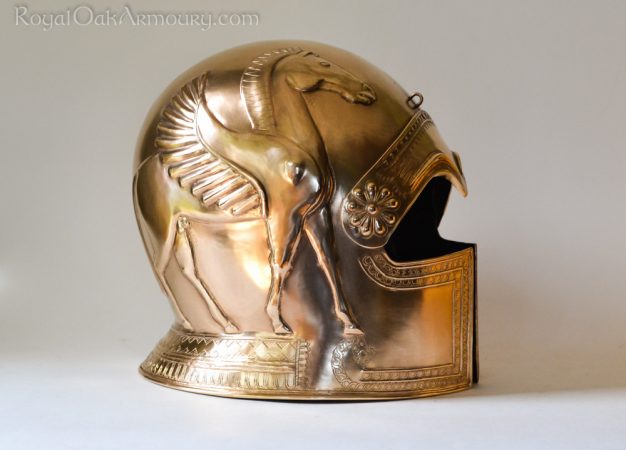 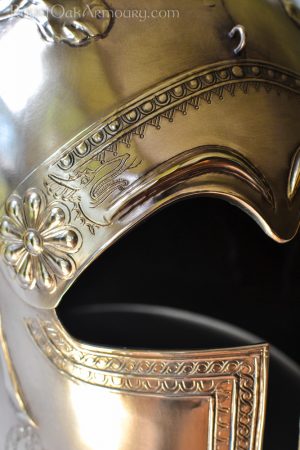 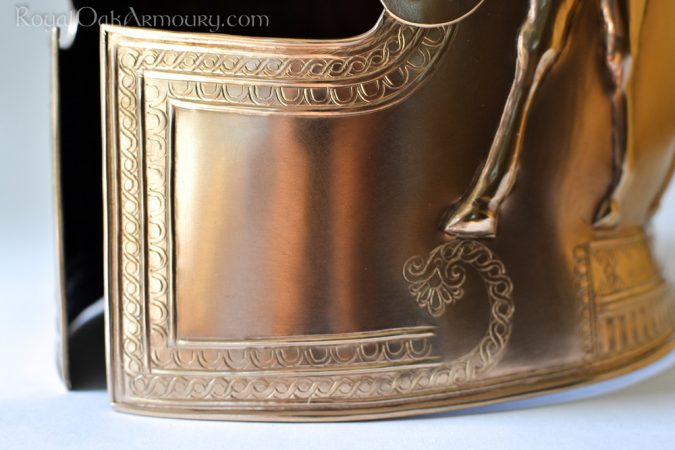 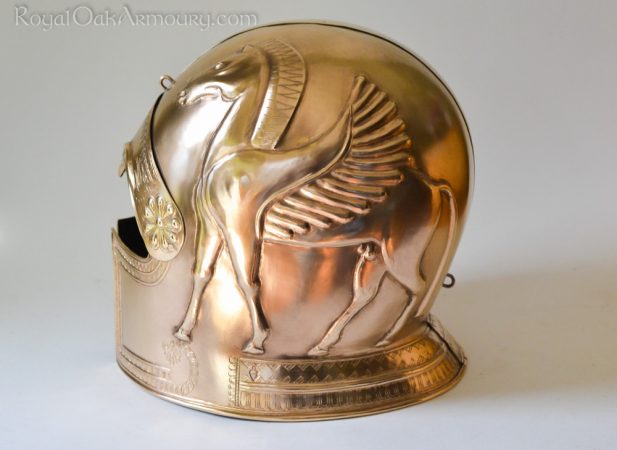 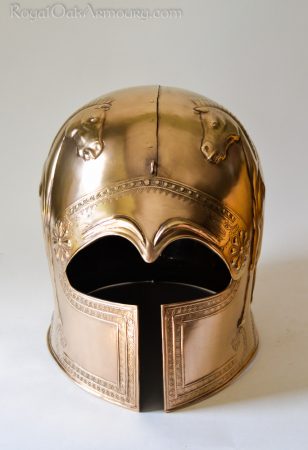 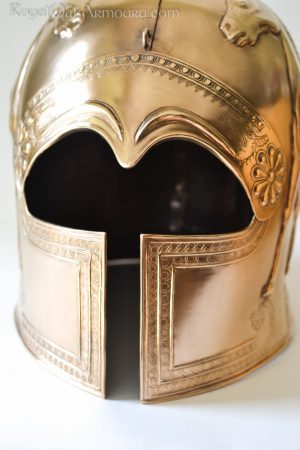 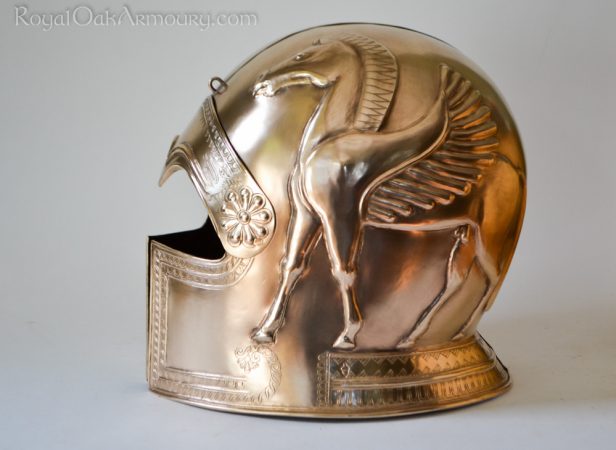 Bronze helmet, based on the late 7th C. BC Cretan helmet from Axos. Two helms of similar date and origin, which we would be pleased to replicate, can also be found in the Metropolitan Museum, New York.

As with the original, our version is constructed in three parts – two halves and a brow re-enforcement, assembled with rivets of folded bronze sheet. Each half bears a repoussé Pegasus and decoratively chased borders, while the brow re-enforcement exhibits repoussé rosettes and eyebrows which end in chased dragon heads. Bronze staples fore and aft ready the helmet for the addition of a horsehair crest.